When you’ve been involved in a truck accident, the last thing on your mind is how to win a lawsuit. However, it’s essential to know that you have rights and that there are things you need to do if you want to make sure that justice is served.

Fortunately for victims, most truck accidents are caused by negligence on behalf of the trucking company or their drivers, which means that filing an injury claim can be relatively straightforward.

In this article, we’ll discuss what steps you should take after being involved in an accident involving a large vehicle such as an 18-wheeler or tractor-trailer so that you can pursue the compensation you deserve for all your losses; physical and financial alike!

You are a victim, and hence you have a winnable case. But you must prepare to improve your chances as we never know how defenders can twist the fact. To help yourself prepare, hire the best truck accident attorney in St. Louis. The right one will guide you on every aspect of the case. The basics of preparing for the lawsuit include the following:

Witnesses are crucial to winning a truck accident case. You need at least two witnesses who saw the accident from different angles. That way, if one witness’ backs out, another will be there to support your claim.

But remember: don’t put yourself at risk by getting into an argument with anyone involved in this case—even if they’re not being nice to you or being rude about everything that went down on that day. Stay calm even if someone else tries to make this situation worse than it was!

When dealing with a truck accident, it’s essential to document as much as possible. Take pictures of the scene, if possible. You should also keep a journal of your condition and psychological changes following the crash.

You may want to hire someone specializing in truck accidents to come and take video footage of the accident site. If they can get footage from a nearby security camera, this can be invaluable evidence for your case.

If there were witnesses who saw what happened before the crash, make sure you find them ASAP so that their statements will remain fresh in their minds when it comes time for your attorney to depose them.

Take Videos of the Accident Site

The video evidence you take immediately following the accident can be crucial in your case, so it’s essential to have a camera ready immediately. The best way to document the scene is by taking photos from different angles and lighting conditions, including during daylight hours and at night. This will help ensure that all relevant information is recorded for your claim later.

In addition, to taking photos of vehicles involved in the crash, you should also try to get close-up shots of both drivers involved: their faces as well as their driver’s licenses or ID cards so that there are no questions about who was driving each vehicle at any point during an investigation or trial.

You should also try to capture images showing road conditions leading up to your truck accident—such as whether ice had formed on any roads due to weather conditions like snowfall or rain—as well as any potential signs indicating that another driver could have caused this type of crash.

Hire a Local Attorney As Soon As Possible

If you’ve been injured in a truck accident, it’s crucial to hire a local attorney as soon as possible. While searching for the right lawyer may seem like a daunting task, there are many ways to narrow down your choices:

Once you’ve found a few lawyers who seem a good fit for your case, make sure they have at least 5 years of experience working with personal injury cases before making final decisions about who will represent you in court.

If you are involved in an accident and want to recover damages, you need to hire an attorney. The insurance company of the trucking company will send out a claim adjuster. The adjuster will meet with you to discuss the accident’s details, including what happened and the extent of your injuries. They may also ask for medical records showing that you have been treated for those injuries.

As part of their investigation process, they also may ask that you sign a release form—or more than one release form—that would essentially release them from liability for any damages caused by their negligence when they were transporting goods across Missouri or Illinois highways. If this happens, do not sign anything from them!

Signing a release form means that no matter how severe your injuries were nor how much money they could owe due to their negligence in causing those injuries – if they have convinced someone else who was injured in an auto accident involving one of their trucks “to take responsibility” then their insurance companies won’t pay us under Missouri law because we are supposed to be responsible drivers ourselves.

You should keep track of your medical treatment. Your injuries will determine the type of treatment you receive and how long it takes. If you are in physical pain, this can be difficult. However, it is vital to keep track of any changes in your condition so that you and your lawyer can use them as evidence at trial.

In addition to keeping records related to your physical condition, it is also imperative that you keep track of any psychological or emotional changes that occur after being involved in an accident with a truck or semi-truck driver who may have been negligent behind the wheel.

The trucking company’s lawyers are not your friends. They are trained to manipulate victims into statements that can be used against them by their insurance adjusters and accident reconstructionists.

They will tell you that the other side has already offered “a reasonable settlement” for how much money they owe you. Still, if you don’t take it now, they’ll just keep getting offers until one day when something terrible happens, and then it won’t matter because all of this will be over, and you’ll have missed out on a good deal.

You should know that they say these things all the time: “We’ve settled with the other guy,” or “The other guy is lying,” or sometimes even worse things like “Your injuries aren’t as bad as he says.”

These things are not true! You need to trust yourself and stand up for yourself in court instead of being manipulated by someone who wants to take advantage of your situation!

In conclusion, you should avoid speaking with trucking insurance companies’ representatives. They have many tactics explicitly designed to manipulate the facts and cause you to say things that are not true. It is best to document everything as it happens and speak only with your attorney or family. 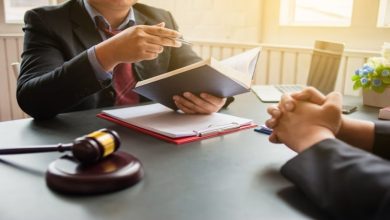 Things To Do When Falsely Accused Of A Sex Crime 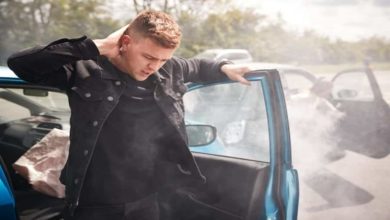 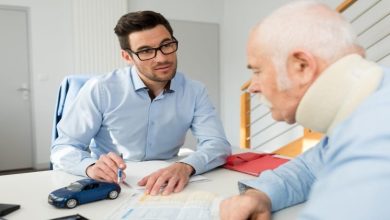 Confused about Hiring a Personal Injury Attorney?- Do it at The Right Time 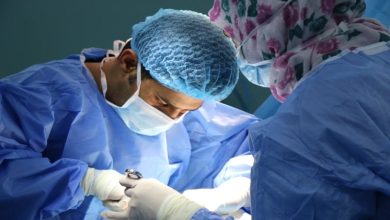 Steps To Take After Medical Malpractice