What is the difference between Scikit-learn (Sklearn) and Tensorflow (tf)? What’s the best one out of the two of them? When you already have Scikit-learn, have you ever used Tensorflow?

They’re both derived from the world of artificial intelligence (AI). For differentiable programming, there is Tensorflow, a library. You can build machine learning algorithms such as Neural Networks with it, and Google was the brains behind it.

The Scikit-learn library offers ready-to-use methods for Machine Learning, such as classification, regression, and clustering. You may use that to handle issues like these. It also includes a collection of tools for preparing data. It was designed to work with other programs like NumPy, SciPy, Pandas, Matplotlib. There are 42.5k stars on its GitHub repository.

All kinds of data formats are supported by Tensorflow, including tabular data, pictures, text, audio, and video. The TensorFlow certification exam is a great way to demonstrate your expertise in machine learning. Many high-paying positions in Machine Learning and Data Science are available, and more than 104,000 Machine Learning and 40,000 Data Science positions were listed on Glassdoor in the previous 12 months. If you have a TensorFlow certification, you can snag any of these positions easily and work your way up from there.

What is Scikit-Learn used for?

Cross-validation and various hyperparameter searches of models are made possible by Scikit-evaluation Learn’s and selection framework, which is where the actual strength of this framework lies. To avoid any doubts, Scikit-Learn makes it simple to verify that you made the right choice. Accessibility and simplicity are the key advantages of this solution, which is ideal for novices and simple data analysis tasks. Deep learning isn’t the most excellent option for scikit-learn.

When is Scikit-learn appropriate?

Scikit-learn is an excellent starting point for new data scientists. You can efficiently implement many machine learning algorithms. It’s also relatively simple to use. Jupyter notebooks make it easy to get started with Scikit-learn. Machine learning challenges can be solved using Scikit-learn, including the following:

The majority of Scikit-learn’s work is with tabular data.

What exactly is TensorFlow?

A machine learning platform called TensorFlow promises to be open source. When the tool was first built, it was for Google’s internal use only. However, on November 9, 2015, it released the Apache 2.0 open-source license, and the tool has since grown in popularity.

It’s a robust framework. It is simple to create models with millions of parameters, such as linear regression or convolution neural networks. Avoid being alarmed. Several pre-trained models are available in TensorFlow that you can apply to your problem (with some fine-tuning). Deep learning is one of TensorFlow’s strong suits. BERT, a machine learning technique based on transformers, was first employed by Google to comprehend user searches better.

You used it to write code for deep neural networks. It’s safe to say that two things have shifted. TensorFlow has grown more user-friendly since the release of TF2 (the second version). Second, a slew of tools has been created to work with and extend it. It means that the users have a wide range of resources at their disposal, from early prototype to implementation and monitoring, to help them be productive.

Learning TensorFlow can be done using a variety of resources.

When do you make use of Tensorflow?

It is feasible to train and execute extensive neural networks using Tensorflow by dividing the computations among thousands of multi-GPU servers. Using data flow graphs is a more complicated library for distributed numerical computations.

How do Scikit-Learn and TensorFlow compare?

For the most part, the functionality of Scikit-Learn and TensorFlow’s implementations is identical, except that Scikit-Learn is applied to a broader range of models. In contrast, TensorFlow is primarily intended for use with neural networks.

Its machine learning algorithms are implemented as a basic estimator in TensorFlow, and Scikit-Learn uses the same terminology. Comparing the frameworks’ estimators is easy because they use abstract methods to train and assess them.

As far as neural network models go, Scikit-Learn implements some basic models. Still, it doesn’t have the same level of flexibility as TensorFlow.

As a result, Scikit-Learn often abstracts many of the intricacies of the machine learning model away from the developer. In contrast, the developer must implement nuances and inner-workings of their TensorFlow models using Scikit-Learn. The more flexible framework is not as fast as the more specialized one, and there is a trade-off.

You can use sklearn with tf or even keras in more typical instances. Small-scale experiments to test hypotheses are carried out with the help of Keras. At the same time, large-scale parameter adjustments (alchemy) are handled by tf.

Even though deep learning is becoming increasingly popular, there are still numerous situations where classic machine learning approaches are necessary. Firstly, not everyone has a powerful computer or server, and secondly, most problems don’t necessitate a complex network. To sum it all up, programmers who merely invoke the tools aren’t doing their jobs. 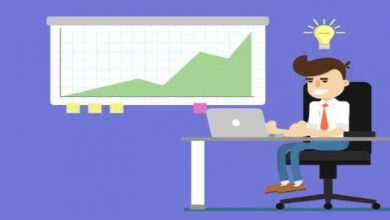 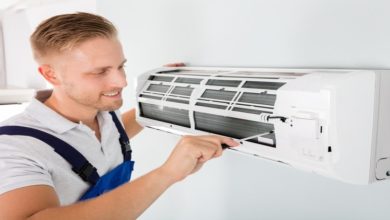 AC Service: Why You Need To Service Your AC? 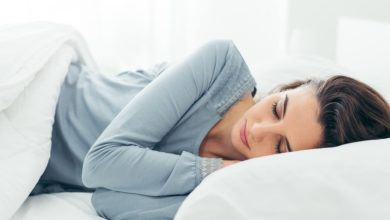 Introduction to MBA as a career