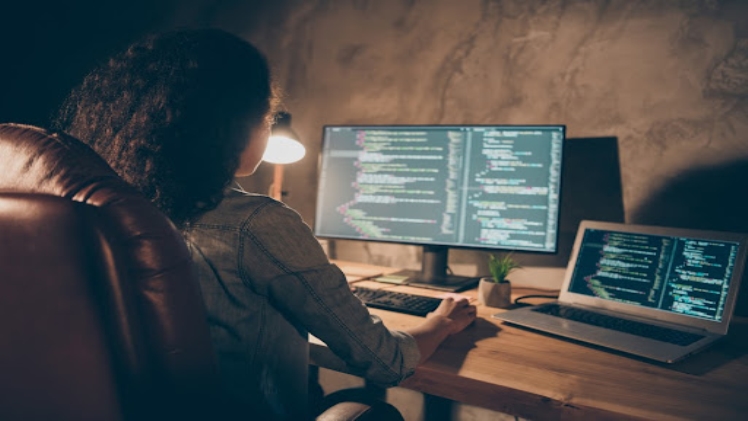 It had been a while since the latest version of Node.js 12 was released with the codename of Erbium. It brings with it tonnes of new features like diagnostic reports, bundled heap dump capabilities, as well as updates to the Worker Thread and N-API. There are a few transitions that can include several notable changes like the individual release notes from Node.js 11.0.0 to 12.12.0 and on a higher level too.

The newest version of the V8 JavaScript engine provides major improvements and tweaks to the latest Node JS engine. The newest release brings many useful APIs that can enhance the overall working of an application w.r.t its in-built modules like HTTP, net, and many more in the 7.4 upgrades for JavaScript execution. It all adds up to:

Node.js has been providing developers the required platform to get comfortable with the programming in the Javascript interface to add value in the functionality of the external packages; leveraging the most of it.  Here’s how the latest release brings massive updates to it, as we break them down, one by one:

The new feature known as the zero-cost async stack helps in the tracing and enriching of the error.stack along with the asynchronous call frames. You can find it behind the async-stack-traces command-line option.

There are ways in which the JavaScript functions can invoke the actual parameters with the help of arguments object, rest parameters, or implementing any non-standard Function.prototype.arguments property on other mode functions. Either way, JavaScript always comes with pre-defined ways to reach the actual parameters, and in the new update, one can do so with the help of under or over-application, in a technique known as the arguments adaption. However, it may influence the overall performance of your framework and is therefore limited to the current front-end and middleware interfaces.

In a case when the engine deems arguments adaption irrelevant because of the callee originating from a strict mode function, V8 would now skip the process and thus decrease the call overhead by as much as 60%. 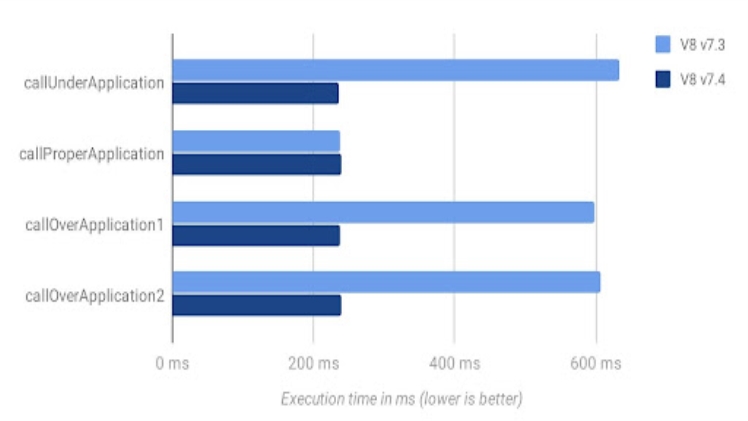 The above graph depicts how in case of an argument mismatch there’s an absence of overhead.

Apart from the async/await implementation, there are many new updates that can be seen in the public class fields. To define the different class levels, you can list all variables with default values in the constructor. Here’s how: 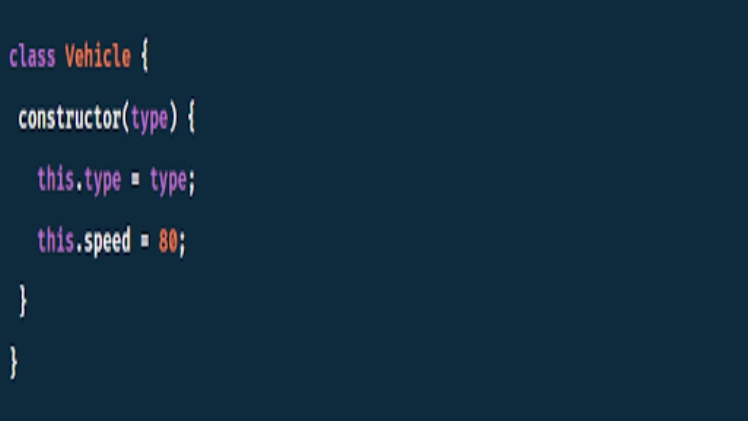 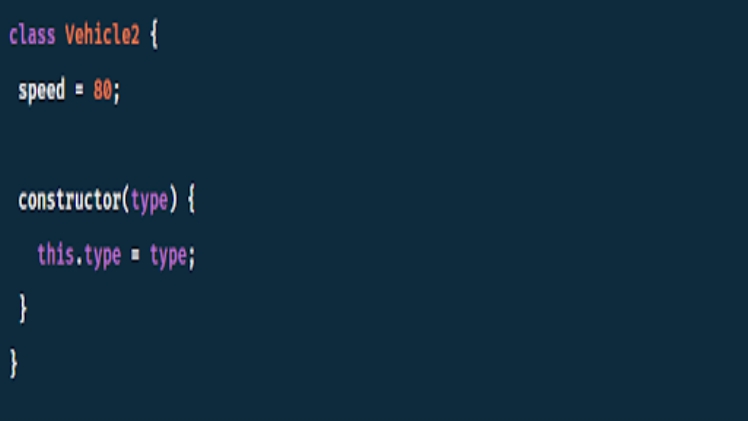 As shown above, you can choose not to include any parameter in the function or completely focus on the required variables upon initialization.

For the private class fields (the much-awaited), if you need to mark the fields as private you can begin with naming the fields with a hashtag (#).

According to the recent discovery made by the Angular team, it shows that when you call DOM property accessors with the help of get functions via the monomorphic or megamorphic get functions, the time taken to the process was slower in Chrome. It’s because of the slow-path route used in V8 for calling DOM accessors via the Function#call() than that of the fast-path.

The worker threads in Chrome get streamed (another term for being parsed) as they get downloaded. In V8, the issues with UTF-8 decoding have been resolved resulting in 8% faster streaming. The preparser issue of property names getting deduplicated was also corrected, thus contributing to the performance by 10.5%

The default heap dumps can now be reconfigured based upon the available memory rather than going by the defaults assigned to V8. The previous releases witnessed V8 considering the max heap size to 700MB or 1400MB respectively with 32-bit and 64-bit platforms, without any configuration, that made the process time-taking and exhaustive in nature. The recent improvement of reconfiguring the heap size based on available memory reduces any such memory strains and in the quick execution of the process, especially for massive datasets.

The Node.js 12 update also comes with a default switching parser that is needed for testing and comparing the new llhttp-based implementation quicker and seamless.

Though present in an experimental state, the ‘Diagnostic report’ may help the users to have a detailed look into any change of events that take place in the system. Such reports may contain credible information that may help to early identification of production problems or bottlenecks such as CPU overuse, unknown errors, probable crashes, etc.

The earlier version of Node.js had shipped built-in code cache support provided to workers as it loaded predefined libraries compiled in JavaScript. The main thread would help in the compilation of the v8 code right from scratch that can further be reused for amping up compilation.

With the new update, however, Node.js 12 has code generation for the libraries in-sync with the build-time and have it embedded in the binary. This helps in reducing the startup time up to 30% as the main thread can take from the code cache to get started on the initial loading of the predefined library written in JavaScript.

It is an experimental step that comes with the latest update of Node.js 12 for giving a crucial head start in collaborative implementation.

Node.js and V8 combined the newest features of compiler optimizations and security enhancements now require a minimum of GCC6 and Glibc 2.17 to function on any other platform except macOS and Windows. Such a toolchain prerequisite comes with a new compile-time performance for the Node.js binaries.

That’s not all, as the platforms using Glibc (other than macOS and Windows) would now include a minimum version of 2.17 and for the common Linux environments compatible with the new version must include Enterprise Linux 7 (RHEL and CentOS), Debian 8, and Ubuntu 14.04.

In case you’re a software professional looking for in-demand opportunities to checkout, here are a few recommendations:

They’re a Mumbai-based cloud transformation and consulting enterprise with signatures across the Middle East and South Asia. They provide expertise in fueling tech-backed, digital transformation across healthcare, manufacturing, and retail. They’re looking for Angular, .Net developers, and numerous other work profiles.

An award-winning, end-to-end web, software, and eCommerce development enterprise, their ever-growing team consists of 400+ professionals and more. If you’re looking for software testing jobs in Kolkata, they’re a great place to get a headstart in your career path, as you learn and grow with them.